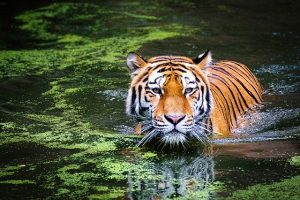 Anyone who has seen the hit Netflix documentary Tiger King: Murder, Mayhem, and Madness can attest that it’s one of the most outlandish stories to come out in a year full of outlandish stories. And while Tiger King’s sordid tale of big cats, murder-for-hire, polygamy, and a missing millionaire may seem too outrageous to have any relevance to your own life, the series actually sheds light on a number of critical estate planning issues that are pertinent for practically everyone.

Over seven episodes, Tiger King provides several shocking, real-life examples of how estate planning can go horribly wrong if it’s undertaken without trusted legal guidance. In this series of articles, we’ll discuss some of the worst planning mistakes made by key people in the documentary, while offering lessons for how such disasters could have been avoided with proper planning.

A Tale of Two Wills

Last week, in part one of this series, we focused on the estate planning mistakes made by Don Lewis, the late husband of Carole Baskin. Don, a multi-millionaire who helped Carole found Big Cat Rescue, mysteriously disappeared in 1997. Following Don’s disappearance, Carole produced a copy of Don’s will and power of attorney. Don named Carole his executor in his will and agent in his power of attorney.

In his will, Don left Carole nearly his entire estate—estimated to be worth $6 million—while leaving his three adult daughters from a previous marriage with just 10% of his assets. However, Don’s daughters claimed the documents Carole produced were fraudulent.

The daughters contend that their father was getting ready to divorce Carole, and because of the impending split, Don created a will that left his daughters the bulk of his estate, while largely disinheriting Carole. Yet because Don created this will on his own without the assistance of a lawyer, he failed to make and distribute copies of his plan to his daughters—or anyone else.

Don’s oversight ultimately proved disastrous, as the only copy of the estate plan favoring his daughters vanished from his office 10 days after he disappeared. His daughters alleged Carole stole the documents and destroyed them, so she could present her forged documents and inherit the vast majority of Don’s assets—and this is exactly what ended up happening when Don was declared legally dead and his estate passed through probate in 2002.

Although this is as far into the story as Tiger King gets—and where we left off in part one—more facts have come to light since the documentary aired that make the story even more scandalous, while also offering us additional estate planning lessons.

After seeing the documentary, Chad Chronister, the third Hillsborough County Sheriff in office since Don vanished, reviewed the old case files and assigned new deputies to investigate his disappearance. In June 2020, after enlisting the help of two handwriting experts, the sheriff declared the will produced by Carole as “100% a forgery.”

This was something Don’s daughters always suspected, but were unable to successfully prove on their own due to a lack of financial resources. After Carole first filed her copy of Don’s will and power of attorney with the court in September 1997 (a month following his disappearance), Don’s daughters challenged those documents in court as forgeries.

Court documents show that in November 1997, Don’s daughters hired a handwriting expert to examine their father’s signatures on the planning documents Carole produced. The expert concluded that the signatures were forged, noting that they had likely been traced from Don and Carole’s marriage certificate.

But Carole hired two of her own handwriting experts that concluded the signatures on Don’s documents were genuine. At the time, Don’s daughters said they didn’t have the money to continue to fight Carole over the forgery issue, so they chose not to further challenge the documents, and the court sided with Carole.

However, given the new proof of forgery, can Don’s daughters further challenge Carole in court in an attempt to recover their rightful share of his assets? Sadly, it looks highly unlikely at this late date.

The Clock Is Always Ticking

On the criminal side, both the sheriff and Florida Attorney General noted that the five-year statute of limitations for prosecuting Carole for forgery has also run. Of course, there’s no statute of limitation for murder, and the sheriff said they were pursuing new leads as of July. So there’s a chance that Carole could be convicted on a charge related to Don’s death, and if so, she would be forced to give up all of the assets she inherited from him.

Florida, like most states, has a “slayer statute” that prevents anyone “who unlawfully and intentionally kills or participates in procuring the death of the decedent” from benefiting from their will. Yet even if that were to happen, it’s unlikely that Don’s daughters would be able to recover anything close to what they would be entitled to, especially since Carole has had control of Don’s assets for nearly two decades already.

Given these new facts, what actions should have been taken to prevent such an epic tragedy from occurring? This leads us to our second lesson:

Lesson Two: To avoid putting your loved ones through the unnecessary trauma and expense of litigating potential conflicts over your estate after something happens to you (and it’s too late), you must invest the time and money NOW to get planning in place with a lawyer.

Although Don was quite wealthy, according to almost everyone who knew him, he never came across as such. In fact, he was a notorious penny pincher, who reportedly was even willing to go “dumpster diving” if it meant he could save a dollar or two. In light of this, Don undoubtedly thought that he could save time and money by creating his own planning documents without consulting a lawyer.

Yet as we can see, trying to cut corners and save a few bucks by taking the DIY route with your planning documents is a huge mistake. Indeed, the potential consequences and costs to your loved ones can ultimately far exceed whatever minor savings in time and money you hoped to achieve by not enlisting the assistance of an attorney. As we pointed out last week, if Don had created his estate plan with the support of an experienced estate planning lawyer, none of this would have happened.

And that same lesson applies here as well, particularly in light of these new facts. Had Don worked with a trusted lawyer to create, maintain, and update his plan, Carole would have been unable to pass off forged documents supposedly created by Don in 1996. And that’s because his lawyers, loved ones, and the court would all have certified copies of Don’s most recent plan, rendering any previous versions invalid.

The reason you spend the time and money upfront to hire an attorney to put a proper plan in place is to prevent your loved ones from ever needing to hire their own lawyer down the road. Once something happens to you, whether it’s your eventual death or in the event of your incapacity, it’s too late—you must act now. By working with us, as your Family Wealth Lawyer, we can plan ahead to predict and prevent any potential for conflict that might arise over your estate, and we can also help ensure that there won’t be any legal grounds for your plan to be successfully contested.

Moreover, we can also ensure that your loved ones, along with anyone who might have reason to dispute your plan, are fully aware of the reasons and intentions behind every choice you made in your plan—and they learn about these choices while you’re still around. In fact, we often recommend holding a family meeting (which we can facilitate) to go over everything with all impacted parties.

Contact us, as your Family Wealth Lawyer, today to ensure your plan works exactly as intended, and your family isn’t subjected to a nightmare scenario like the one Don’s daughters experienced and are still dealing with to this day.

But what about Joe?

Don’t worry, we haven’t forgotten about Carole’s tabloid-headlining legal battle with Mr. Tiger King himself, Joe Exotic. We’ll explore the highlights of their epic feud—and offer more estate planning lessons based on it—in our third and final article in this series next week.

This article is a service of Elena Ortega-Tauler, Family Wealth Lawyer. We don’t just draft documents; we ensure you make informed and empowered decisions about life and death, for yourself and the people you love.  That’s why we offer a Family Wealth Planning Session,™ during which you will get more financially organized than you’ve ever been before, and make all the best choices for the people you love. You can begin by calling our office today to schedule a Family Wealth Planning Session and mention this article to find out how to get this $750 session at no charge.